Emily Greenwood, Chair and Professor of Classics at Yale University, gave a talk on Wednesday about death and remembrance in Classical and Afro-Caribbean literature.  Whereas in ancient Greece and Rome, elite dead were commemorated primarily through stone monuments and not through the physical bones themselves, in the Afro-Caribbean literary imagination the bones — present or lost at sea — serve as a site of memory and recovery of experiences erased by colonizers and slaveholders.  Afro-Caribbean authors such as Derek Walcott and Marlene Nourbese Philip fragment, decompose, and recompose the Classical corpus (“body” of texts) to give voice to persons and subjectivities silenced by white imperialist history. 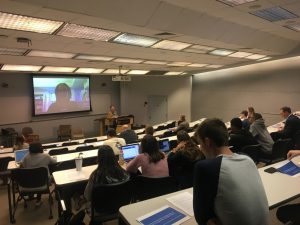 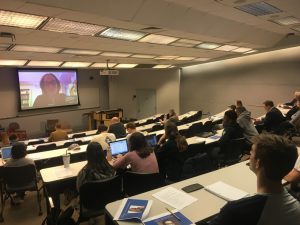 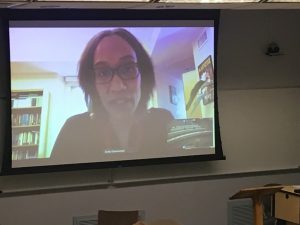