Skip to content
The Department of Classics at Wake Forest University stands in solidarity with Black communities and with all people of color.  We join them in their grief and anger at the violent deaths of George Floyd and other Black Americans, and support their appeal for an end to the racism, injustice, cruelty, and fear that have caused such appalling losses in their lives.  The murders of George Floyd, Breonna Taylor, Tony McDade, and Ahmaud Aubery are not isolated incidents of injustice, but part of a broader pattern of racist, white supremacist violence, including state violence, against people of color.  We live in the shadow of racism, both personal and institutional, in a society shaped by the legacy of enslavement.
Black lives matter.  We value our Black students and students of color.  We condemn the social and institutional forces that oppose full recognition of their humanity.  We recognize that the discipline of Classics has long been a stronghold of white supremacy.  We view it as our duty to work for change towards equity in Classics, in the university, and in American society.  The past academic year’s Classics Beyond Whiteness initiative was the start, not the end, of that work for us. 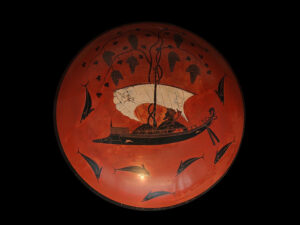